Seems about to nail the head on the hit: 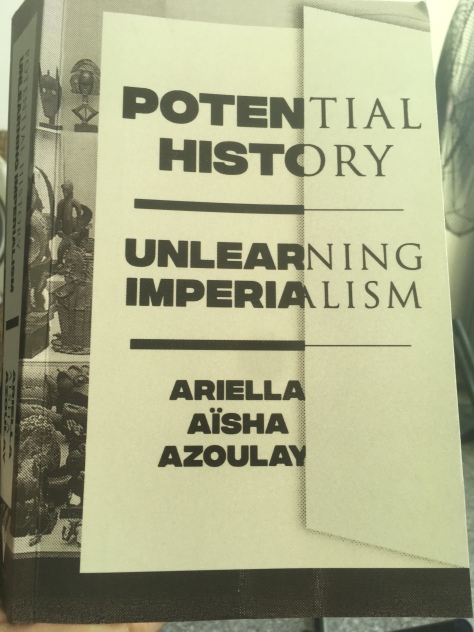 ‘Surrounded here by the wealth of objects, documents, images, and resources available in public and private museums, archives and universities, I soon felt obliged to delve into the study of worlds that the accumulation and dubious ownership of such wealth helped to destroy. This was a natural expansion of my interest in the potential history of Palestine and its destruction. I came to understand that the structural deferral of reparations for slavery was the organizing principle of imperial political regimes as well as the intellectual wealth of universities. The challenge became how not to become imperialism’s ambassador and not to normalize the privileged access to these objects offered to scholars, and rather to recognize others’ rights to and in them’ (Azouley 2019:xv)

Always on the lookout for the anthro connection, so this hit high on my trigger warning system:

A gift from Uncle Ho to “Vuong Chi Sinh, a leader of the Mong ethnic people in Ha Giang” in recognition of his commitment to the revolution.

I don’t know how yet, but this will enter my discussion of anthropology and ethics in Vietnam (highlands Special Forces activity etc).

Great stuff – also, the Ho Chi Minh Museum is a great educational resource and well worth a visit. It used to be the Saigon Port Building.

Robinsonades: we are all a bit Robbo now.

A bleeding process with a vengeance

The end of Representation

The Pecuniary Animus of the University