More notes for the novel…

Brexit schzmexit we need much more to fix it so that neither Tories or Labour can govern.

While a Party of the New Type is formed and has the wherewithal to assure us (and its members) that it can deliver the means and organisation necessary to feed, warm, house, cloth and educate many populations.

FB will not help here as it would syphon off enthusiasms into some cul de sac app. It is a cul de sac par excellence. But email and instacomms will still be of use in the transition. After that we can make up new online cell structures and reading games (of our favourite communist authors and sci fi). I accept that we don’t yet know what else participatory media can deliver when nationalised and democratised as a means of government (to nationalise FB and google should be among the first actions of a new governance).

The general programme must be a variant of: first seize the banks, army, arms trade, mining and broadcast media – all for closure. Arm the people and make the printing presses a public service. Especially immediately close the arms trade and banks and reduce mining to necessary and minimum. Recall all troops and demob. Open the barracks to the people. Arm migrants as well – the militia will not be nationalist. require compulsory reading of Adorno’s essays on why National Socialism and Education must strive for the never again that is in the dark heart of corporate Europe. Corporate boards of course to be locked up – the only temporary and very last persons to be contained in jails, and even then released after reeducation (or shot as recalcitrants in a bloody purge of the bourgeois embolism).

Any similarity to persons living or dead – is a blueprint for what to do next. The novel is not a viable form in the digital age if not multi-authored and openly prescriptive. Let 1000 flowers of thought contend. Let the blood of the few nourish the many – the martyrs will be authors. The first among martyrs shall me the main character or each and every modernist drama – try Harold Bloom for treason, Gregor Sampson for false witness, Harper Lee for sentimentalism, and Naipaul for egotisms. Let them spend a month in stocks along the Thames Walk, but in comfort, with the basic needs of toilet and bathing so forth attended to by the new serving class employees of the state, the family Saxe-Coburg-Gotha. Buck’s Palace will have long been transformed into a hospice for recovering homeless, refugees, migrants and as needed – no questions asked.

This. Almost buried in Anna Tsing’s book of mushrooming (“The Mushroom at the end of the world: on the possibility of life in capitalist ruins” 2015 Princeton), a brilliant project that must be so fun. 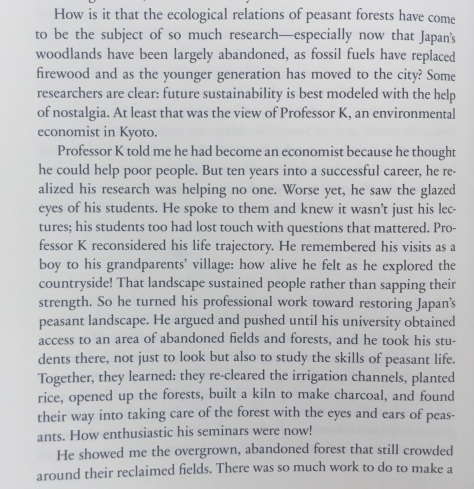 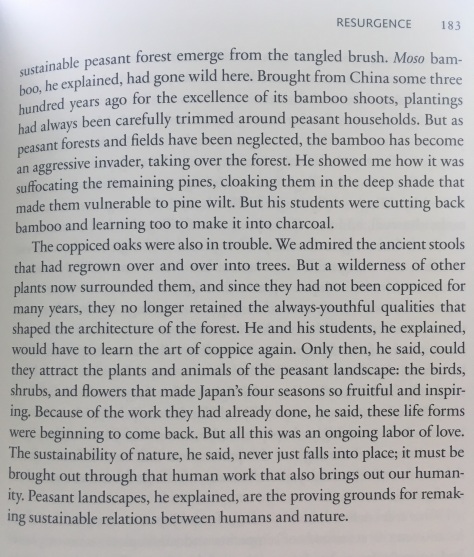 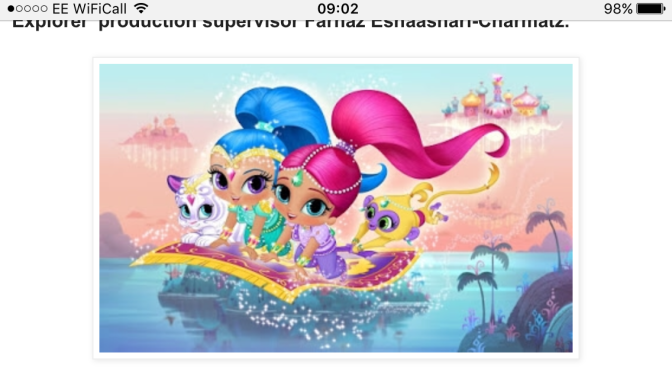 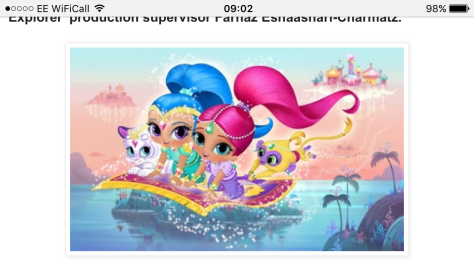 Am gearing up for another round of kiddy tv and hoping there are new programmes since the mind worms of Iggle Piggle and Peppa Pig did their damage. This time Theodor and I are reviewing the options for Annabel’s rapidly arriving toddler indoctrination sessions. First exhibit on review is Nicklodious’s ‘Shimmer and Shine’.

Flying carpets, shalwar kameez, wayang kulit shadow puppets, princesses and dragons (with bad breath). The two genies have 3 wishes an episode to bestow, of course wishes go astray, are wasted frivolously, but a lesson is learned. Nothing new then, and some pretty standard 1001 nights fare, along with a geography-hopping sampling of almost any magical tradition anywhere. Ok, not so worried about that, but there is a dad who eats popcorn – very suspicious. He may work in films. Big eyed anime influence, suburban values and cinema in-jokes. Does the obvious fun they had making this mean the stereotypes are somehow undone? Nope, but a popcorn munching genie is better than that 60s comedy dream of Barbara Eden.

Oh damn, there’s a prince in it, daft boy in specs – and now sitar fusion cartoon songs. I preferred the Beatles cartoon trip to India bit posted on my film course blog.
This is what we do on Sunday mornings… 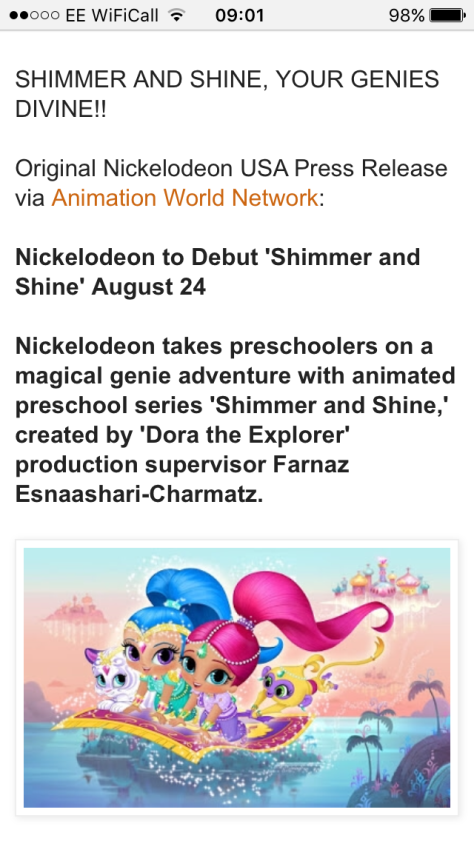 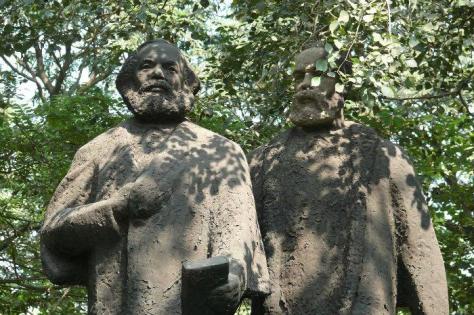 Pic above is from the Maidan, in the area near Rani Rashmoni Avenue, Lenin Sirani, S.N.Banerjee Rd,  Kolkata, West Bengal.

Previous Marx Trot itinerary (roughly followed each time): We will again be leaving from Archway tube, then to Highgate Cemetery Marx’s Grave – heading across the Heath to the Lord Southampton pub which was the old man’s local on Grafton Terrace [they also sell juice] – then onwards to Engels’ house, then to the pub where the Manifesto was adopted by the Communist League, – now a crappy cocktail bar, so we prob won’t enter – and more… All welcome (kids could surely come for the first couple of hours – but warning, its a longish walk across the heath between Highgate and the Grafton Terrace House BYO libations for the first part).

[word to the wise: bring some tinnies in a bag at the start – and sunscreen, umbrella as weather dictates and dosh for dinner (if interested in Mao’s favourite London place late on). The early part of our route involves considerable walking – on the heath – kids are very welcome for the first few hours but after 7.00 it possibly gets a bit adult oriented – well, I mean we visit pubs Marx used to haunt – gespenst-like – mostly harmless]

Sort of part of this course in Nottingham:

Pics of the  Marx/Engels houses:

The Marx Trot is Party agnostic and non sectarian, except against Tories, other social fascist parties, brexit-racist pogrom enablers, and the majority of the Parliamentary Labour Party, with 40 or so exceptions.

The Great Windmill Street venue is where Liebknecht says the Manifesto was adopted by the League of the Just/German Workers Educational Association/Communist League – but some say it was at the White Hart in Dury Lane. In any case Marx lectures on Capital at Great Windmill Street, but see here:http://www.alphabetthreat.co.uk/pasttense/pdf/communistclub.pdf

For Leninists – a diversion on the trot might take in Charing Cross station, and areas near Kings Cross and Pentonville:http://sarahjyoung.com/site/2011/01/16/russians-in-london-lenin/

A pub crawl with Karl http://www.mytimemachine.co.uk/pubcrawl.htm 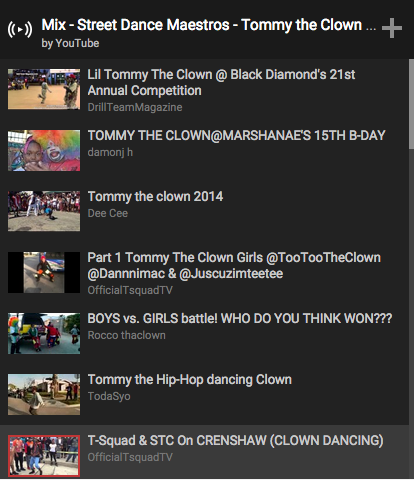 pre-sleep entertainment – though with a crushed elbow for me when he toppled over and slammed his knee into my arm: we don’t just watch the vids here.

Some recent texts on academia.edu