Somewhere I have a photograph of a piece of graffiti from Kolkata in the early 1990s. It shows three palms behind a brick wall on which is painted “Like the two Germany’s Bengal should be reunited”. (Cannot find it right now but will post it when I do).Of course, there is other news from India today, tragic violence in Delhi, a buffoon invited a buffoon to address 100,000 and other atrocities, but the good news was buried on page 6 as usual, and yes I know that is not what this railways initiative means, but 150 metres of track to go sounds like a useful development (for the record, the first partition of Bengal was proposed in 1905 and resisted, the second in 1947 we call partition and it was brutal, with ongoing effects, not least on the Jute Industry which lurched from collapse to collapse). Now this minor item of return.

Is it the wrong time to say Make Bengal Great Again, and get some hats?

Of course, there already is a hat – but it is from Cincinnati… 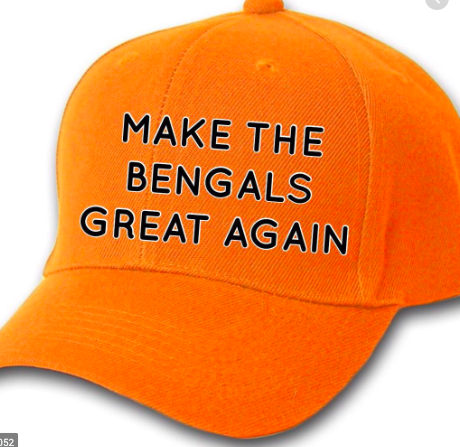 One thought on “two Bengals”