Urban beauty. I dunno if I am more disgusted by this event with Ivanka or the WP’ article’s failure to do proper comparative memory work – since I do remember various round-ups for dignitary visits in Australia. Malcolm Fraser, bizzaro now a lefty icon, had Alice Springs cleaned up for a visit of Commonwealth Heads. And then the area around Sydney was to be cleaned up before the Olympics as I remember. Tom Forgan, head evangelist for the Advanced technology Park, said: ‘well, you don’t want all your poor people standing around in the middle of the city do you’. Oh, and who was being cleaned up? Not poor white folks, of course. Bleaaagrrrrr: NEW DELHI — As Ivanka Trump’s visit to India nears, the south Indian city of Hyderabad is getting ready to dazzle its foreign guests — by locking its homeless and destitute people out of sight in prison rehabilitation centers.

Nearly 400 beggars were picked up from city streets and trucked away to one such center at the Chanchalguda jail, the Indian Express reported.

As the city scrubs up to impress its foreign guests, police plan to clear away 6,000 beggars and have banned begging entirely in the city until the first week of January.

The beggars are “employing children and handicapped persons to seek alms at the main junctions of roads,” said the ban order. “Such acts are causing annoyance and awkwardness.” 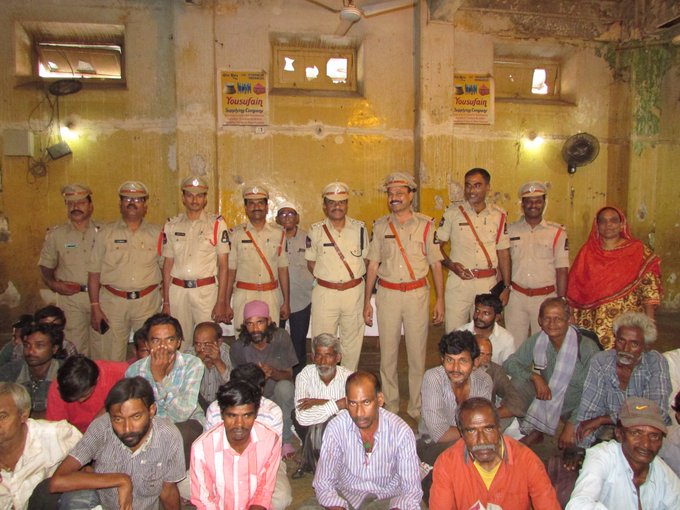 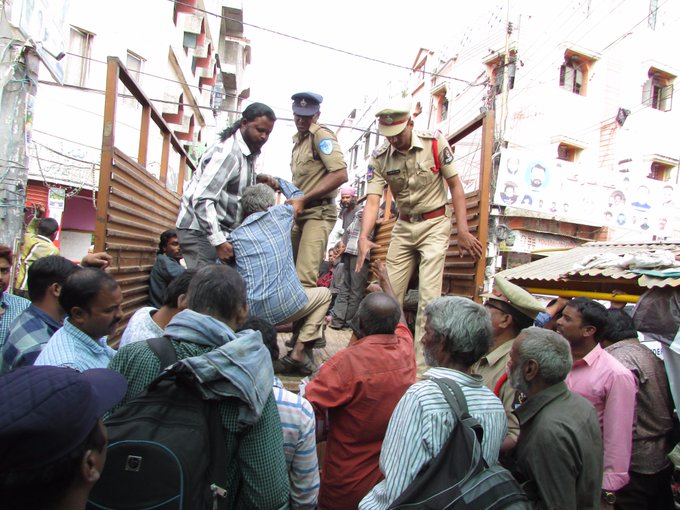 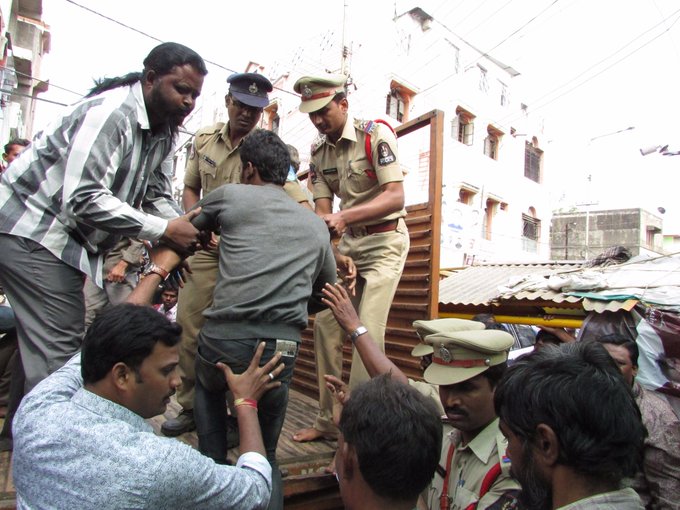 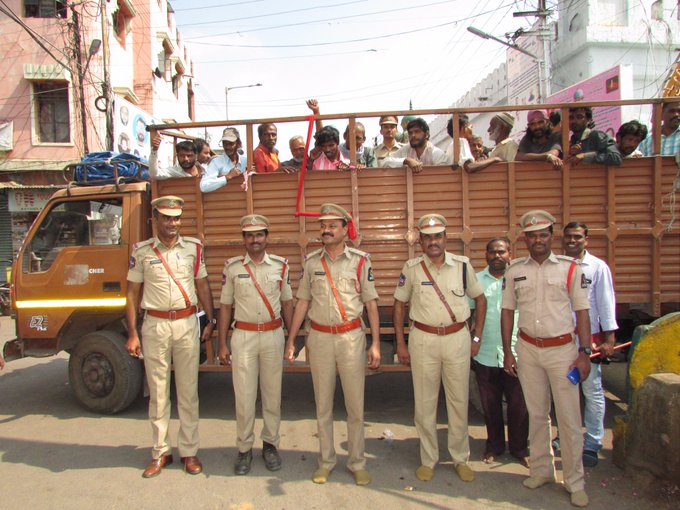 “Some beggars argued that we were taking their freedom to live anywhere they want but we told them it was for their own good because they are going to the rehab centre where they will be taken care of,” an unnamed official told the Express.

The beggar clearance comes weeks ahead of the three-day Global Entrepreneurship Summit that starts Nov. 28, where the first daughter will lead the American delegation to co-host the summit.

Ivanka Trump delivers a speech at the World Assembly for Women in Tokyo on Nov. 3.  (Eugene Hoshiko/AFP/Getty Images)

Authorities told ABC News that they want Trump and foreign delegates to see India’s good side and not the “Slumdog Millionaire” stereotype commonly associated with the country.

The event’s theme is “Women First” and its tagline, “Prosperity for All.”

In the past few decades, Hyderabad has rapidly rebranded itself as India’s Silicon Valley, as an outsourcing hub for global firms and the Indian headquarters of international tech companies, including Apple, Google and Microsoft. But despite rapid growth, wealth is unevenly distributed and a huge homeless population lives off the scraps of the city’s techie middle class.

In recent years, the city’s fortunes have begun to turn for the worse. Automation threatens jobs and new visa restrictions in multiple countries, including changes to H-1B in the United States, have dampened the hopes and ambitions of many young technology students.

To bring back some of its sparkle, India’s government is keen to portray the country as a pioneering technology hub and attract foreign investment.

George Rakesh Babu, founder of the homeless charity Good Samaritans in Hyderabad, said, “The preparations are happening in every corner of our city. But the prison capacity in Hyderabad is not enough to look after all these people.” He pointed out that the central jail’s maximum capacity was only 1,000.

Vanishing acts like this are not unprecedented when foreign dignitaries come to India. They happened in Hyderabad in 2000 when President Bill Clinton visited the city.

To judge from some of the reaction on the police department’s Twitter account, the move was welcomed by many.

We want to see begger free Hyderabad for ever. Hyd witnessed such things in the past when Presidents of America visited. Nevertheless we appreciate your efforts and best of luck.

Others lamented that the roundup was temporary.

” . . . After the international conference has completed, situation remains same,” tweeted one man.

“Super job,” tweeted another. “But see that they r not allowed again on road.”

Hybridity in music – for Cello.