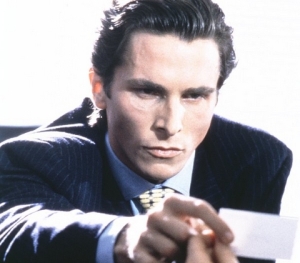 For some time now, with varied success and certainly with lively consequences still yet to be fully implemented, we have been discussing the future of research and teaching in CCS at Goldsmiths (see the Attack the headquarters link in the sidebar). All that has been great and the enthusiasm and engagement impressive. I’ve even heard that students in other colleges in London have ‘wished’ they also had the same chance to debate research futures. Well, be careful, it seems now that we are not the only ones with such bright ideas. UCL has a rather different style and tone, and they are further able to advertise for a Senior Post (Vice provost) to implement their plan, but they are on the way towards something pretty special:

A new initiative has been launched today to engage the entire UCL community in discussion of possible future research themes for the university.

UCL Research Challenges invites UCL academic staff, non-academic staff, students and alumni to suggest and comment on research themes at the Research Challenges website. The aim is to inspire fresh new ideas for projects. A board composed of leading figures from academia and industry will review the best ideas and will award grants totalling £50,000 in seedcorn funding to the most promising. This is enough to get an idea off the ground – perhaps to a stage where a formalised project proposal can be put forward to research councils for full funding.

Professor Jo Wolff, head of UCL Philosophy, is the chair of the Research Challenges Board. He said: “We are really looking forward to seeing people’s ideas. UCL has great potential for interdisciplinary activities, and by opening this initiative up to everyone involved with the university, we are hoping to see where members of the community feel we should be concentrating our strengths.”

The project is divided into two main stages. The first, which begins today, is to explore themes for research activity. These could be anything from the environment to political reform, nanotechnology to agriculture – whatever areas people believe UCL should be focusing on in the 21st century. The second stage, in a month’s time, is to draw up a shortlist of themes and invite project proposals based around those themes.

Professor Wolff said: “This is a great opportunity for everyone to have their say in the future of research at UCL. We have funds to support the best ideas that emerge, so it’s well worth getting involved. Who knows – a vague idea in the back of someone’s mind could turn out to be UCL’s next great discovery!”

Community, interdisciplinarity, political reform, nano tech… vague ideas in the back of your mind… This is fantastic! And there is seedcorn funding of not insubstantial amounts on offer. But what are the challenges? Curiously enough, just a few months after the above call it seems the GRAND CHALLENGES have been identified. In the Times Higher Education Supplement of last thursday there was an ad for a new post as ‘Director of Grand Challenges’. Now there is a job title to impress. Ahh, I can almost see the business card with that emblazoned – in embossed gold – across the front (see the scene in the movie “American Psycho”).

We are now seeking a Director of Grand Challenges to lead, develop, nurture research, education, teaching and learning initiatives within each of the Grand Challenges areas, which engage broad participation within UCL.

Likely to have a background within the higher education sector, the successful candidate must be able to articulate a clear vision which will excite a diverse and multidisciplinary community both within and outside UCL. Experience of policy making and programme development is essential and you will have demonstrated success in the development of strategic responses to diverse and multidisciplinary research opportunities. Outstanding communication, interpersonal and influencing skills are essential as is the ability to deliver change through effective project management.

Heady well-remunerated stuff – dare we ask what the Grand Challenges facing Goldsmiths might be?

One of them could turn out to be childcare. It seems that there are moves afoot to outsource Goldsmiths nursery. I’m concerned by this in general, but also subjectively by dint of being a likely user of the nursery service, for the beautiful Emile (here pictured by popular demand, he’s a week and a day old in this one). Why post on this though? Well, no-one will be surprised that we suspect the rampant monster of privatization seems set to twist its knife yet again. Sure, there is no doubt subsidized childcare is far too grand a privilege in these times, but I know its not just me that sees a continuity between these micro-moments of power and the creeping routinization of every aspect of all life in the teaching factory. From the corpororate-speak that invents Challenging Directorships, to the managerialist tinkering with local services that blink blink blink: from a Union missive sent yesterday:

You may also be aware that management have decided to put out to tender Goldsmiths nursery provision. It has been decided that it is not possible to sustain a viable nursery on-site and it appears that management have identified a local council nursery off-site that may provide an additional nine places. However, many questions remain unanswered about both process and provision: did management explore all options? Did they fully consult with all user groups? Will we have guarantees about fees and places from an external nursery? UNISON (whose members work in the nursery) has now launched a petition (that UCU is supporting) that calls on Goldsmiths’ management to reconsider the future of the nursery. Copies of the petition are available in the Nursery and at the reception desks of the Richard Hoggart Building, the Library and Loring Hall. Please take a minute to go along and add your signature, and encourage colleagues to do the same. (From Goldsmiths UCU)

Back cover copy for the 25th-anniversary edition of Rumour of Calcutta?

Co-research in Vietnam for the anthropology classroom